Founded in 1964, the Denver Gem and Mineral Guild is an award-winning non-profit organization that pursues exploration, experimentation, and education in the Earth Sciences; the discovery, development, and preservation of minerals and mineral deposits; and the advancement, encouragement, and utilization of the principles of art and craftsmanship, as applied to gems and minerals.  We are a diverse group of women, men, and children who love ROCKS. We love to dig them, cut them for jewelry, and collect them. Our members love to share our passion for rocks and minerals. We have professional geologists, teachers, and people who just love rocks.

We meet the 2nd Friday of the month – September through May at the Wheat Ridge United Methodist Church, 7530 W. 38th Ave, Wheat Ridge CO at 7pm – VISITORS WELCOME!  – CLICK HERE for details.
NOTE: Due to Covid (or snow) some meetings may be held via Zoom instead of at the Church – always check below for the latest schedule details!

NOW is the time to plan your exhibit at the September 2022 Denver Gem and Mineral Show! Download these forms for details: 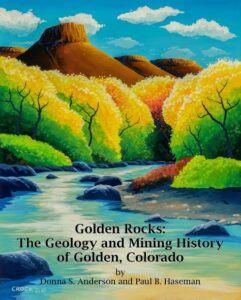 Pick up your FREE Ebook –Golden Rocks: The Geology and Mining History of  Golden, Colorado by Donna Anderson and Paul Haseman. This brand new beautifully illustrated 100+ page ebook tells the fascinating and often surprising facts about Golden CO and its geologic history. It is now available for FREE from the Colorado Geological Survey. Grab your copy here.

Want to increase your knowledge of rocks and minerals? Then take Pete’s Mineralogy Class, available in the Members Only area – https://denvergem.org/petes-mineralogy-class/

Sunday, July 24th – Guild Picnic at Bear Creek Lake Park 10:00 am at the Skunk Hollow Picnic Shelter. $5 Park admission will be reimbursed. Bring potluck breakfast/lunch dishes. We will have rubber ducky races for prizes and we will stuff grab bags for the September Show. And of course, we will eat! See pictures of our 2019 picnic below.

Saturday, August 6th – Dotsero Field trip to collect limonite pseudomorphs after pyrite. Meet in Dotsero at 9 am. Contact Bob Pfeifer for details and to sign up. 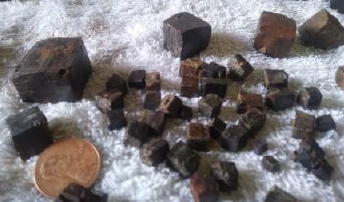 The Denver Gem & Mineral Guild is a member of: 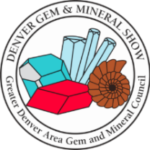 The Greater Denver Area Gem and Mineral Council, Inc., host of the Denver Gem & Mineral Show™, is a non-profit 501(c)(3) corporation organized exclusively for charitable, educational, and scientific purposes. Trustees from each of our six member clubs sit on the Council Board. The Council oversees the annual show, and twice each year, the Council distributes proceeds from the show in the form of grants to not-for-profit organizations, particularly those based in Colorado, to promote activities that educate the public in the earth sciences. 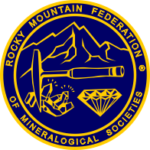 The Rocky Mountain Federation of Mineralogical Societies has a close association with all the clubs in the Society to promote the study of earth sciences, including the lapidary arts, the study of fossils and paleontology, and related crafts.

The RMFMS was organized in 1941, and held its first annual convention at the Argonaut Hotel in Denver, Colorado. There were 16 organizations in attendance. The RMFMS became one of the original four founders of the American Federation of Mineralogical Societies when it was organized in 1947.

The American Federation of Mineralogical Societies promotes popular interest and education in the various Earth Sciences, and in particular the subjects of Geology, Mineralogy, Paleontology, Lapidary and other related subjects and sponsors and provides means of coordinating the work and efforts of all persons and groups interested therein. It sponsors and encourages the formation and international development of Societies and Regional Federations and by and through such means to strive toward greater international good will and fellowship.